A far-right fringe party made headlines across Germany this week with a campaign poster: “Hang the Greens!”, read Der III. Weg’s misanthropic slogan, along with a call to “Vote German!” The party hung the poster directly in front of the Green Party’s district office in Zwickau in the state of Saxony. It was an unmistakable incitement to murder members of the eco-friendly party. The District Attorney’s office, however, sees the situation differently: the posters don’t violate the law because they do not convey sincerity, nor is a victim or concrete action named, they argued (see Der Spiegel). A spokesperson for the judicial authorities reasoned: “‘The Greens’? Does that mean party members? Politicians? Just people with an ecological perspective?”

Der III. Weg (The IIIrd Path) was founded in Heidelberg in 2013 with significant participation from former officials of the neo-Nazi Nationaldemokratische Partei Deutschlands (NPD, National Democratic Party of Germany) as well as neo-Nazis from Freies Netz Süd (FNS, Free Network South), which was banned in 2014. The party chairman is former NPD member Klaus Armstroff, a well-connected far-right activist with links to far-right groups throughout Germany and neo-Nazis across Europe. Like the far-right fringe party Die Rechte (The Right), which emerged from the banned group Nationaler Widerstand Dortmund (National Resistance Dortmund), Der III. Weg was evidently founded in an attempt to continue operating the far-right FNS network under the protection of party privilege (political parties are protected under the German constitution and a party can only be banned by the constitutional court). It’s a strategy that has so far been successful, however the party is under observation by various domestic intelligence agencies at both a state and national level. Investigators have categorized the party as anti-constitutional and its members as prone to violence.

They have good reason to do so, given that cadres of the neo-Nazi III. Weg party have demonstrated their aggression time and again: occupants of a self-organized alternative housing project in Berlin’s Spandau neighbourhood suspect that III. Weg is connected to several arson attacks and bomb threats against them (see: Belltower News). The main suspects in a series of far-right attacks in Berlin’s Neukölln district, which has racked up at least 23 arson attacks since 2016, are also now active in the party (see Belltower News). Several former members of the NPD are also party members.

At the moment, Der III. Weg is on the rise: over the past year, it has been able to consolidate its party structures and open a new office in the city of Siegen in the western state of North Rhine-Westphalia – its first space in former West Germany. Previously, it had been active primarily in the East. For example, in Erfurt in the eastern state of Thuringia, the far-right group Neue Stärke Erfurt (New Strength Erfurt) around the neo-Nazi Enrico Biczysko (formerly of the NPD and Die Rechte) aligned itself with Der III. Weg and ran a “national-revolutionary centre” in a disused supermarket. That group has since separated from the party and lost its space. Yet Der III. Weg also has properties in the Saxon cities of Plauen and Aue, including a “party and civil office”. According to the Interior Ministry of Saxony, the party has 125 members in Plauen alone (see: MDR).

Unlike Die Rechte and the NPD, whose member rolls have been gradually declining along with their relevance for a long time, Der III. Weg has grown slightly in recent years. German domestic intelligence estimates that the party currently has about 600 members, as compared with 500 in 2017. For its part, the party claims it has 700 members. Yet Der III. Weg sees itself as the cohesive, close-knit Nazi elite: members appear at demonstrations in uniform with green party flags and placards and rarely collaborate publicly with other far-right parties, despite the high turnover rate between far-right fringe parties. For Der III. Weg, it’s a matter of positioning themselves as far-right trailblazers.

Community events are also important for Der III. Weg. Alongside martial arts training and concerts with white power bands, the party also collects clothing for the homeless, organizes family events, and tries to integrate children into its structures. That is because apart from the völkisch (ethno-nationalist) nationalism, which forms the core of its antisemitic, racist ideology, social issues and a critique of capitalism also play a central role within the party. The first point in the party program calls for “the establishment of a German Socialism”, which would distance itself from both capitalism and communism. That would apparently include introducing a minimum wage, as the party claims on its website. The party fails to mention, however, what that minimum wage should be or the fact that Germany has had a minimum wage since 2015.

The party also believes in human-caused climate change, which is a rarity on the far right. Among other things, it blames “globalization” and “disposable products made in China”. Der III. Weg criticizes capitalism’s demand for constant economic growth, which it cites as a cause of the ecological crisis. The party also supports protections for animals and the preservation of endangered species. Their motto: “climate protection is homeland protection”, which also appears in the party program. However, the fact that the party isn’t all that serious about climate policy is evident in, for instance, its position on speed limits on the Autobahn: on a state-funded website-questionnaire designed to help voters understand parties’ views on specific issues, Der III. Weg wrote, “We can talk about a speed limit somewhere above 160 km/h (99 mph)”. Nor can the party manage to discuss climate protection without antisemitic digressions, such as claiming that Jews are behind the climate change denial movement (see: Belltower News).

There is a lot about Der III. Weg that is deeply antisemitic. The party describes Israel as a “terror state”, explicitly opposes any solidarity with it, and rejects Zionism. It also criticizes the German military, arguing that it does not provide “homeland protection”, but rather only defends “the interests of US-Israeli imperialists”. Der III. Weg claims, with little differentiation, that Israel has pursued “extremely aggressive policies toward both its indigenous Arab population and neighbouring countries” since it was founded. Through criticisms like these, the Israeli state is attacked and demonized as a representative of all Jews.

Other aspects of the III. Weg programme hardly look any different from the rhetoric of the far-right party Alternative for Germany (AfD) or the conspiracy ideologues of the Querdenken movement: it opposes broadcasting fees for public media (the “state media producers” have an “anti-German doctrine”), Covid measures (“media and political hysteria!”, the “compulsory measures” have to come to an immediate end), and vaccination of children (“Hands off our kids!”).

The party’s healthcare policy demands include a state-run health system and nationalization of “key industries” like pharmaceutical corporations (they name vaccine manufacturer BioNTech as an example). They also want a “disease control centre” to be established that would have a sufficient medicinal inventory “in the event of an actual pandemic”. Additionally, they want banks and basic provisions to be nationalized. The objective: Germany’s self-sufficiency, which Der III. Weg calls a “territorially bound national economy”.

Above all, however, Der III. Weg strives for one thing: an ethnically homogeneous Germany. It calls for financial incentives for “large German families”, rejects marriage equality, wants to remove “gender studies” from schools and universities, and supports recognition of motherhood as a profession complete with state-funded wages for mothers. According to the party line, because the media presents motherhood as “outmoded and unprogressive”, mothers have been branded as “losers”, while “successful businesswomen” are adopted as role models, which is evidently a problem for the party. Likewise, Der III. Weg’s migration policies are intended to lead to a homogeneous Germany: the party warns of an “impending Volkstod“ (“national death” or “death of the people”) and the “Überfremdung (foreign domination) of Germany”. For that reason, it should be no surprise that they want to severely limit immigration and tighten asylum law.

To date, Der III. Weg has been unable to win in parliamentary elections. During the 2016 statewide elections in Rhineland-Palatinate, it earned a cool 0.1 percent of the vote; in the 2019 European elections, it received 0.0 percent. Apart from that, it has only won at the municipal or district level in isolated cases. Its best electoral showing thus far came in the 2019 local elections in Saxony, when the party captured 1.7 percent of the vote in that state’s southwestern Vogtland district, allowing it one representative in the district assembly, and 3.8 percent in Plauen, which earned it a seat on the city council. However, electoral success is not the goal of a party that rejects “the system of the Federal Republic of Germany” and brands its government as an “enemy of the people”. On the contrary, elections are a means for bringing their extreme right-wing ideology to a larger audience. With their most recent poster provocation against the Green Party, that plan has proven successful.

In 2021, Der III. Weg is participating in Bundestag elections for the first time. Germany has a hybrid voting system combining both proportional representation with regional party lists and first-past-the-post direct seats. Der III. Weg now has regional lists on the ballot in Bavaria and Saxony. However, the party is also running one direct candidate, namely Udo Sieghart in Saxony’s Vogtland district. Sieghart’s campaign slogan: “Freedom, Not Corona Dictatorship”. The 64-year-old retail salesman is a former NPD member and ran in the 2009 Bundestag election in Bavaria’s Aschaffenburg district, gaining 2.1 percent of the vote. According to the party, the fact that Der III. Weg is running a direct candidate at all is a result of “positive membership development”. In Saxony, candidates must collect 500 supporting signatures to be on the ballot – a threshold that Sieghart has apparently reached.

Back in Zwickau, the misanthropic III. Weg poster is still producing headlines: the State Prosecutor initially did not want to investigate the matter, but the city administration issued an “order to remove” – albeit with notice – on September 8, arguing that there was a “violation of public order, decency, and human dignity”. Der III. Weg then had three days to take the posters down or the city would take action. More recently, the Attorney General’s office has intervened. It exercises oversight over the District Attorney in Saxony and is forcing it to investigate. The Attorney General sees the posters as causing reasonable suspicion of incitement to criminal offences and possibly hate crimes. A court in the city of Chemnitz in Saxony then bizarrely ruled, following a motion by Der III. Weg: The posters are allowed to stay, but under the condition that they are places at least 100 metres away from any posters of the Green Party – and the city of Zwickau isn’t allowed to remove them. The Greens were quick to respond – with a new poster of their own. “This poster keeps the surrounding 100m Nazi-free. You’re welcome”. 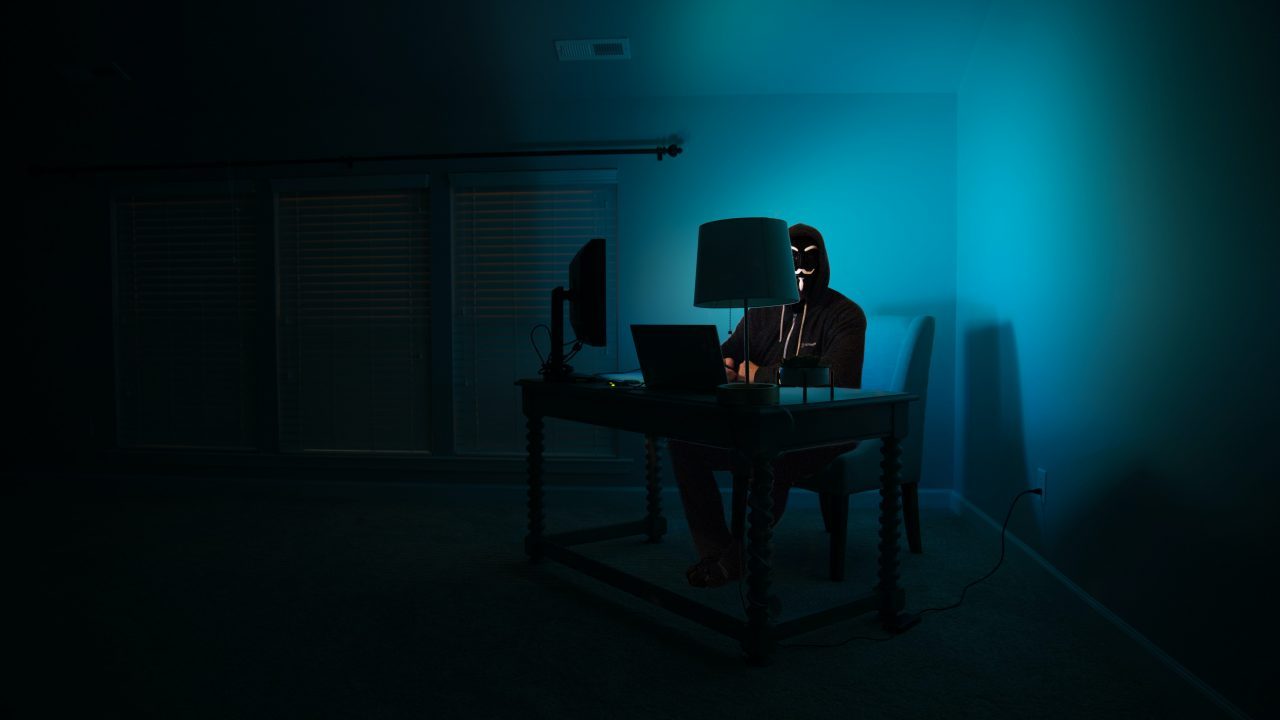