When Turkish prime minister Recep Erdogan asserted on a visit to Germany in February 2008 that „assimilation is a crime against humanity“, he was deliberately exploiting the contradictions in the Turkish immigrant community. His message was: fit in as far as necessary, but don’t ever forget your origins — don’t let Germany destroy your ‘real’ identity. It was a divisive answer to the current discussion about integration in Germany, where constant immigration since the post-war era has led to the growth of large migrant communities from Turkey and other countries.

The real criticism Erdogan could have made of German policy towards immigrants is that too little is being done too late. It was Germany that used the cynical term ‘Gastarbeiter’ (guest worker) for the thousands of people from poor areas of southern Europe ( (including Turkey) whom it began recruiting in the mid-1950s to do the work Germans refused. Unlike Britain, France, Holland and Italy, which recruited cheap labour in the 20th century in their former colonies, Germany had no historical connection with most of the people whom it imported as ‘guest workers’. In fact, it insisted all along that it was not a ‘country of immigration’. The ‘guests’ were supposed to fulfil their role as workers and eventually go back home. On that basis, they could not expect the same rights as German citizens.

Yet many of them stayed, and gradually earned some rights as well as money; they adapted to another way of life and founded families and religious and social institutions. By the second generation, their language and culture were hybrid, and their relationship with their origins often difficult or uneasy. Over the years, Germany’s largely Turkish immigrant community was joined by groups of refugees from Palestine and other war-torn Arab countries. After the fall of the Iron Curtain, new immigrants arrived from many Eastern European countries, along with refugees from the Balkan conflicts, Africa and South-East Asia. Now a third generation of migrants is growing up, many of them on the precarious cultural borderline between European and Islamic Asia — and their contradictions are becoming issues for the whole of society.

Almost 20 years since the end of the Iron Curtain, the pattern of migration in Europe has completely changed, pushing issues of immigration and integration to the fore, and conjuring political nightmares in many European countries. In Germany, behind the statistics and studies, opinion polls and Chancellor’s summit meetings, realisation is dawning of the damage caused by years of political ignorance, neglect and failure. Perhaps the biggest mistake has been the persistent refusal to acknowledge foreigners living and working in Germany as different but equal. German policy has focused almost entirely on integrating ethnic Germans and ‘Germanising’ Turkish immigrants — negating or blurring the variations among different migrant communities.

Foreign residents in Germany are continually admonished about their duties and responsibilities to their host society, as if they were tolerated intruders, and not mostly workers and taxpayers. Immigrants are often instructed in an arrogant tone that smacks of racism; they are rarely asked what they wish, need or expect. They are generally not invited to participate in decision-making, and their queries and complaints are handled through bodies controlled by Germans, even if a few selected representatives from migrant communities may be included. The bureaucracy is the biggest single purveyor of institutionalised racism and double standards. Whereas migrants are expected to speak German, the majority of public servants in Germany can’t speak any foreign language fluently, and there is a desperate shortage of interpreters. Worst of all, right through the German public service there is a scandalous lack of training and awareness about how to deal courteously and helpfully with people from different backgrounds and cultures.

Germany has to catch up with the times. Migration can no longer be shelved as an problematic issue in a separate pigeonhole: it is part of the process by which globalisation is causing successive waves of human movement between countries and continents, turning the whole world (especially the major conurbations) into a melting pot. We can’t look at migration any more in terms of discrete national, ethnic or cultural groups that have to be absorbed into a host society. It’s time to break down the German/non-German barrier and see each migrant as an individual with a history that spans different places and cultures. We should recognise that alongside national textbook history, there is now a history of migration in Germany with its own triumphs and disasters, and generations of witnesses with stories to tell.

The Culture of Migration

While migration is as old as the human race, the development of a culture of migration is much more recent. It began seriously in the late 20th century in the USA, the world’s foremost land of immigration, with the Neighbourhood Museum trend in the 1970s, especially in areas with large ethnic minorities. In 1992, a national immigration showcase, the Ellis Island Museum in New York, was opened to commemorate the USA’s former gateway to the New World. The US also has a range of regional and local museums on migration of specific groups, such as the Danish Immigrant Museum in Iowa, which advertises itself as „an international cultural center“ and boasts the Queen of Denmark as its patron. In Australia, the immigration museum in Victoria is celebrating its 10th anniversary in 2008. But the culture of migration has really started to take off since the turn of the century. In 2001 Buenos Aires opened a museum dedicated to the history of European migrants to Argentina, while Brazil has several museums dedicated to different migrant populations. European countries with national museums of migration now include Britain, Sweden, Denmark, Holland, Switzerland, Austria, Spain, Luxemburg and France, where the national immigration museum opened in Paris in October 2007.

Britain’s contribution to this new cultural trend is the Museum of Immigration and Diversity in the East End of London, a traditional starting point for new immigrants in Britain since the 19th century. The museum is housed in a fascinating listed building that combines an early 18th-century Huguenot master silk weaver’s house with a Victorian synagogue illuminated by a pastel stained glass ceiling. Its current exhibitions (March 2008) give an idea of what role this kind of museum can play in the community and migration politics. The main exhibition, „Suitcases and Sanctuary“, was made largely by local schoolchildren; the complementary show, „Leave to Remain“, by three refugee artists, takes a wry look at asylum in today’s Britain.

Germany has yet to catch up. Berlin boasts more than 175 museums of art, cultural studies, history, and science & technology, and Germany is widely admired abroad for its state support for culture and cultivation of its history. Yet there is no national museum of migration.

However, the culture of migration in Germany has been developing for years at local level. Many local history museums in high immigrant areas include sections on ethnic groups that have entered the community from abroad. The Kreuzberg Museum, set up in 1990 in the heart of Berlin’s most famous immigrant quarter, is a prime example of the multicultural ethos in Germany since the 1980s. The museum, which combines topics of urban development, local history and immigrant life, has become a centre for education, communication and campaigns. Now the success of such local projects is generating a desire to move beyond the ghetto and reach the wider community.

In 2001, North Rhine-Westphalia, one of Germany’s biggest immigration areas, became the first German federal state to propose a regional institution devoted to immigration history and presentation of migrant culture. By 2007 they had set up an association for the „Documentation Centre and Museum of Immigration in Germany“ (Dokumentationszentrum und Museum über die Migration in Deutschland, or DOMiD). Originally inspired by a group of Turkish intellectuals, DOMiD has been compiling documents on the history of immigration since 1990 and now has the most extensive collection of material on the subject in Germany, which it will hand over to the planned immigration museum.

Aytaç Eryilmaz, DOMiD’s managing director, puts the case for an immigration museum quite simply: „If we’re portrayed as foreigners in the history books, then we’ll remain foreigners. If immigrants can’t identify with their portrayal in history exhibitions, integration will be badly affected.“ He insists on the importance of telling stories from the migrants’ perspective. DOMiD’s approach is decisively future-orientated: “A museum of migration is not a ritual place of cultural remembrance… It reveals processes of social change while pointing beyond the existing situation.“ (Aytaç Eryilmaz and Martin Rapp, in “Projekt Migration”, Cologne 2005, p. 584) However, this remains theory; the museum plans seem to be bogged down in red tape and funding problems, and no opening date has yet been fixed.

The first great value of a national migrants’ museum in Germany would be the political message. It would mean official affirmation that immigrants have gained a permanent place in German life and are part of society and culture here. It’s much more than a question of people who don’t yet have a voice getting a chance to tell their story. Experiences of integration and adaptation, of living with neighbours from other cultures, are part of a two-way process that is creating a collective memory in many communities. Each of us who has settled in Germany from abroad has some experience that shows this country from a different perspective. If we confine these experiences to our own kind, we can never hope to reach out to Germans and other ethnic groups, and change the society that has become home to us. A museum would be a centre for exchange and sharing, a meeting place for people of different cultures and backgrounds. Being there for all immigrants, it could help to break down the barriers between the various communities, weaving their specific histories into an overall picture that would show the patterns of immigrant life in the country. This could work towards dissolving the rigid stratification that makes life in Germany so difficult for foreigners: Germans at the top and the rest of us scattered below on bigger or smaller rungs of the ladder — in other words, the social and institutional structure that fosters racism.

Young people are already breaking this down with their own iconic figures from migrant backgrounds, sports stars and rappers, filmmakers and media personalities who have grown up in Germany and combine their roots and adopted culture in a mix that appeals across the ethnic spectrum and far beyond. Migrant culture is rapidly spreading to become part of European culture all over the continent. It’s the right moment for a national German museum of migration — set up and run by immigrants, of course — as the showcase for these achievements. It’s not a solution to the problems of immigrants or their fellow citizens, but it would boost the confidence of foreigners living in Germany — it would affirm they have a place of their own in the national cultural landscape, and are here to stay. That would send a powerful public message to all the racists in Germany who talk about sending foreigners home and keeping the country for themselves. 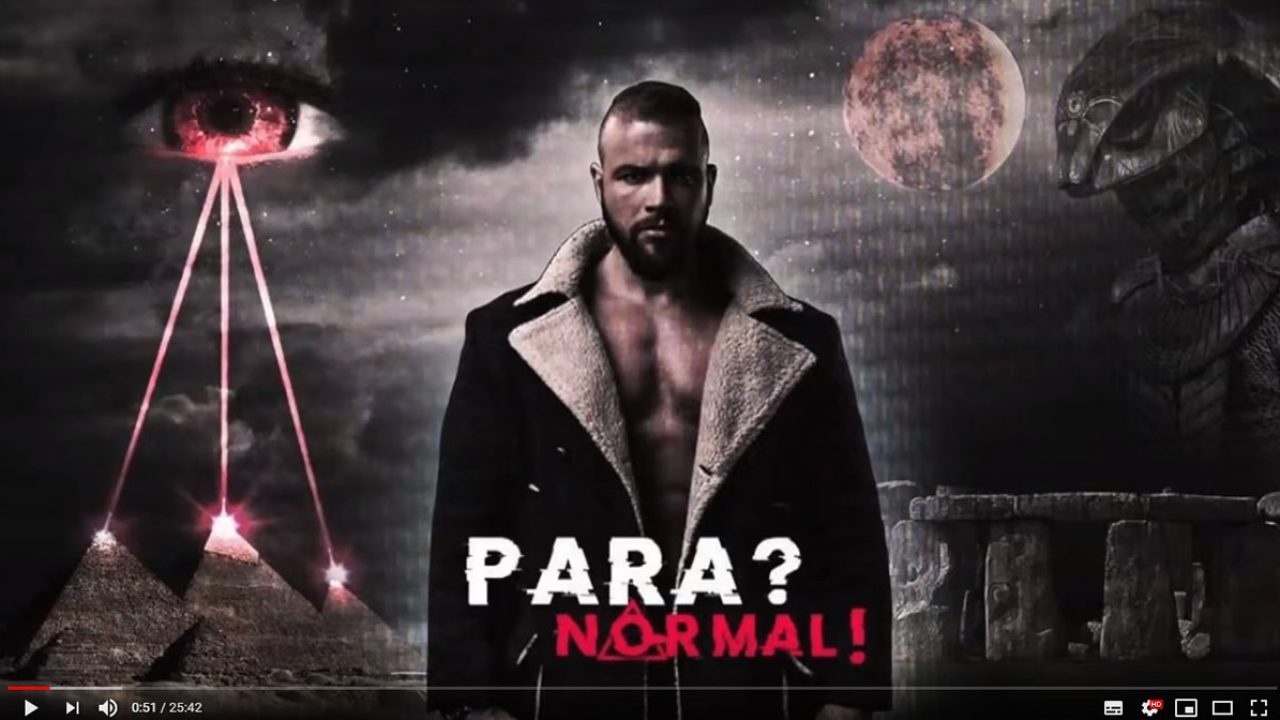 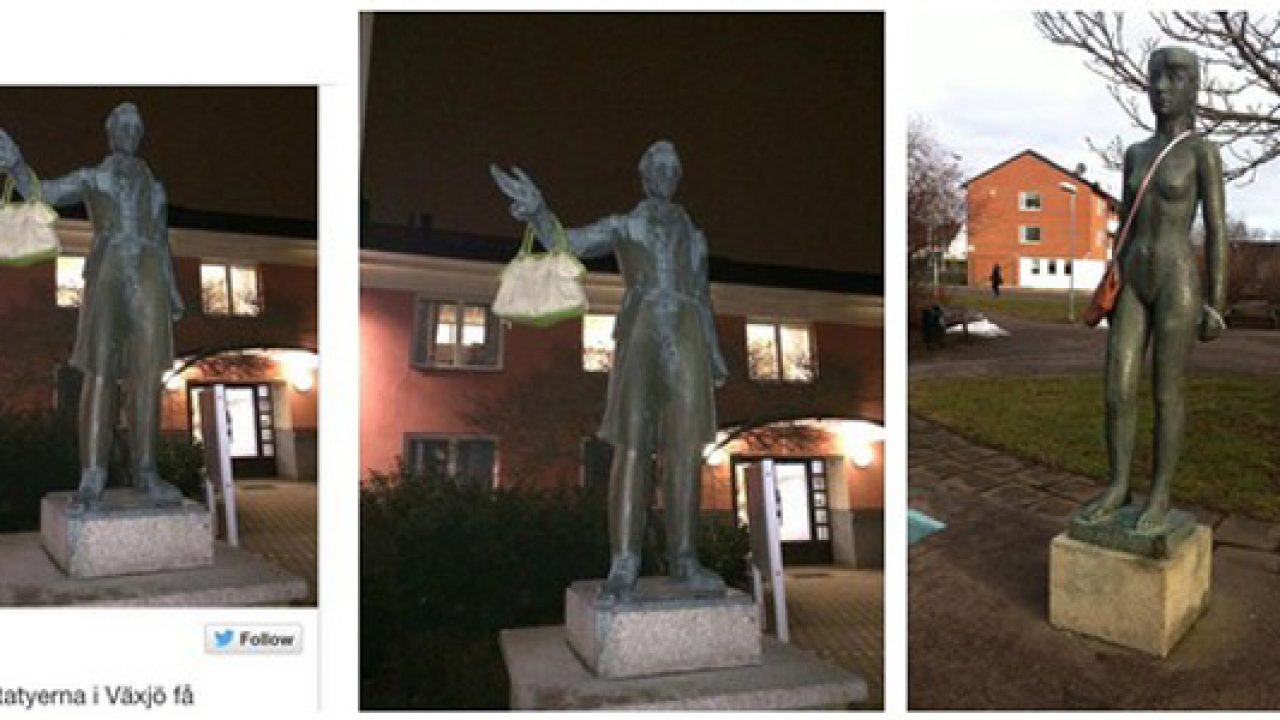 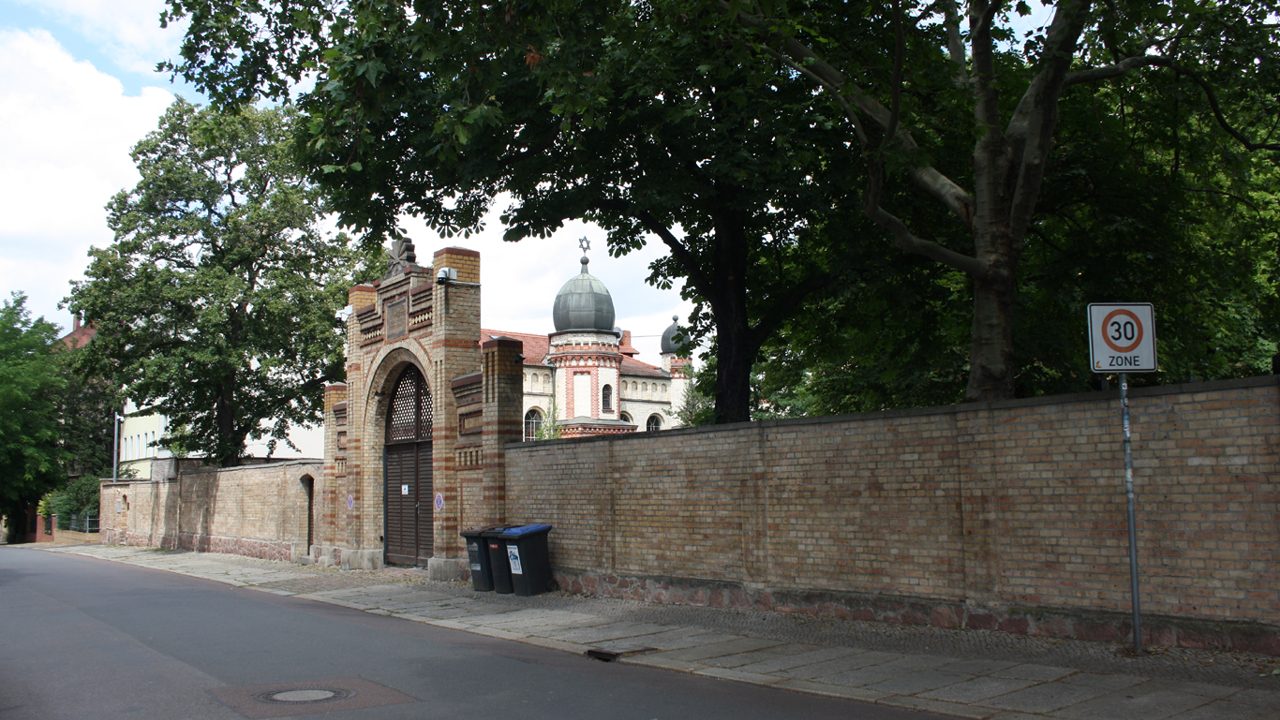