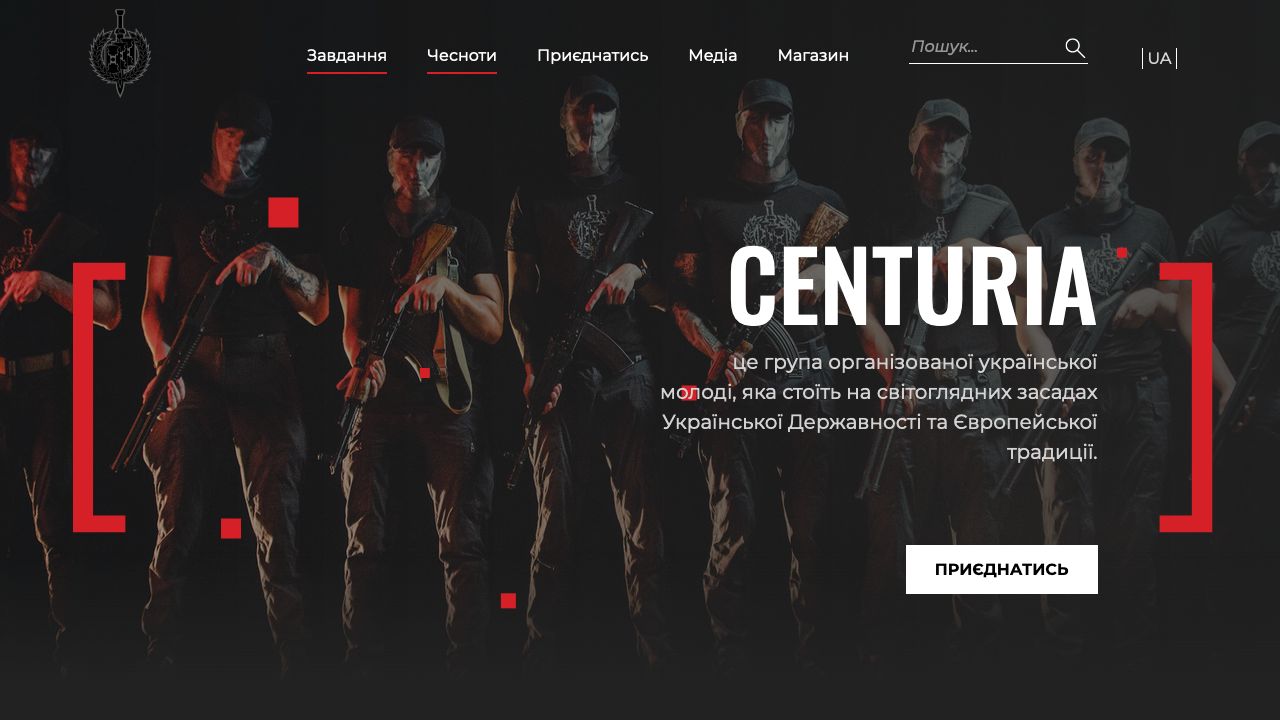 The attack was coordinated, but brief. Above all, it sent a clear message: on Saturday, November 27, 2021, about 20 masked right-wing extremists attempted to storm HVLV, a club in Kyiv. Armed with truncheons and pepper spray, they pushed their way into HVLV’s courtyard. They destroyed furniture in front of the club, which they then used as weapons to try to break windows – sometimes successfully. One attacker lit an explosive device and threw it at the building. According to eyewitnesses, they shouted homophobic and racist slogans like “white power” and “death to LGBT”. Barely three minutes later, the perpetrators fled. These scenes are visible in video recordings from surveillance cameras outside the club. There are indications that members of a far-right militia with links to the Ukrainian army may be behind the attack.

It was still early when the attack happened: at around 6:45 PM, the Berlin-based record label Ecke Records was doing a soundcheck inside; doors weren’t supposed to open until 10:00. Then came a loud bang. The label wrote on Instagram that “broken glass flew through the room, pepper spray came through the broken windows along with rocks”. One bouncer could not see after being attacked with pepper spray, but is supposed to make a recovery. There were no serious injuries.

The nearest police station is a few hundred metres from the club. Reached by telephone, the police did not initially take the situation seriously: one club patron was told to call back when she could respond “appropriately”, reported the news site Zaborona. The police only arrived 15 minutes later, after the perpetrators had fled. According to local media, however, ten men were temporarily detained that Saturday evening in connection with the attack.

The right-wing extremists not only left debris and broken glass behind, but also their calling card: a sticker with a name and a QR code. The group is called “Centuria” and the code links to their website. On the wall, they spraypainted a Wolfsangel, a neo-Nazi symbol that is used by, among others, the Azov Regiment, a far-right volunteer battalion that is fighting pro-Russian separatists in the Ukrainian conflict (see Belltower.News).

Centuria’s roots are in the National Militia (Natsionalni Druzhyny), which was founded in 2017. It was considered the street vigilante group of the Azov movement. It’s stated goal: to back up the police, which is allowed under Ukrainian law. Along with illegal logging, the militia says it also wants to fight street crime and the drug trade – and has patrolled Ukrainian cities.

However, PR stunts are also part of its strategy: the militia organises torch marches and demonstrations that grab media attention. Members walk around Ukrainian cities in masks and uniforms. Even the police, who the National Militia has ostensibly cooperated with, has sometimes engaged in battle with them: videos show uniformed members attacking police with pepper spray (see: BBC). In January 2018, masked militia members stormed the city hall in Cherkasy and intimidated politicians so that they would vote for a new budget (see: Reuters).

The National Militia advocates a National Socialist ideology. In 2018, one member told The Guardian that “There’s nothing inherently wrong with national socialism as a political idea. I don’t know why everyone always associates it immediately with concentration camps”. Experts estimate that the National Militia had thousands of members at its peak. Most of them are young, many are also straight edge, meaning they abstain from drugs and alcohol. And they are said to be heavily armed.

However, little had been heard from the National Militia in recent years – until the summer of 2020. That is when a theatrical ceremony with gun salutes took place as a new organisation was initiated: Centuria. It caught the attention of the German neo-Nazi microparty Der III. Weg (The IIIrd Path), which published an entire article with a photo series about Centuria’s founding ceremony on its website. In another article, Der III. Weg reported on the annual March of the Nation in Kyiv in October 2020, including a video from Centuria.

At first, the new group did not explicitly communicate that it was the successor organisation to the National Militia. However, that soon became clear due to overlaps in personnel. Former National Militia commander Ihor “Cherkass” Mykhailenko, for example, also appears to be one of Centuria’s leaders: videos from the founding ceremony in summer 2020 show him speaking on a stage. He is featured prominently in many photos of the group.

Centuria also has close connections with the Ukrainian neo-Nazi scene. Both the National Militia and Centuria, for instance, are close to the Russian neo-Nazi Alexei Levkin, who now lives in Ukraine. Levkin sings in the NSBM band M818th and is a leader in the neo-Nazi organisation Wotanjugend (see: Belltower.News). In 2020, “Cherkass” Mykhailenko conducted an hour-long live interview with Levkin on Instagram, in which Levkin is cited as an “inspiration” for the National Militia. Levkin is also said to function as an ideologue of the Azov movement.

There was also resentment after Centuria was established due to the fact that there are two active far-right groups that use the name. The Military Order Centuria was founded in May 2018 and operates within the Ukrainian army in order to exercise influence in the interest of its far-right ideology. A report published by the Institute for European, Russian and Eurasian Studies (IERES) at George Washington University documents the group’s extensive connections with the Azov movement as well as its access to military training by Western armies.

The Military Order Centuria has publicly distanced itself from the new Centuria and accused it of stealing the name. There is a reason why both groups are interested in the same name: according to a 2014 VK post from Azov, a predecessor company in the Ukrainian civil war that later gave rise to the Azov Regiment was called Centuria. The company’s commander at the time was “Cerkass” Mykhailenko, the putative leader of the new Centuria.

Centuria celebrates martial aesthetics, from Roman swords to soldiers in trenches. Members adopt military poses with rifles and uniforms. Its Telegram channel disseminates photos of combat training, including with knives. On its website, the group claims to have Ukrainian civil war veterans in its ranks. They also claim that other members are preparing for their military service. Above all, Centuria wants to fight “the internal enemy” that is “weakening society from within”. To that end, it is prepared to use “every method and means”, because “it is a matter of the existence of the Ukrainian nation and the Ukrainian state itself”.

The attack on HVLV was not the first time that openly armed far-right actors with links to neo-Nazi paramilitary organisations have terrorized Kyiv nightlife: on 6 November 2021, about 150 right-wing extremists marched through the clubbing district Podil. They yelled neo-Nazi slogans like “14/88”, lit firecrackers, and threw eggs and white powder at clubs (see Resident Advisor). They spraypainted Nazi and white power symbols on buildings. A planned party at HVLV had to be called off on short notice for security reasons. People who were already in the club had to barricade themselves inside.

The march was organised on a well-known far-right Telegram channel with 25,000 subscribers, where it was described as a “campaign”. Participants in the march accused clubs like HVLV, Closer, and ∄ of selling drugs, which the clubs vehemently deny. A flyer for the far-right demonstration says “Drugs out of Podil – Campaign against drug dealers who are corrupting the Ukrainian youth”.

However, the accusation of drug sales is in reality a mere pretext. Kyiv-based journalist Sergiy Slipchenko told Belltower.News that “there are plenty of homophobic insults and memes in the comments on the relevant Telegram channels”. Slipchenko has documented the most recent attack on HVLV for his online Kyiv Dispatch and cut videos of the events. “It seems to be clear to almost everyone that the club’s pro-LGBTQ+ orientation is the main problem. But a lot of people also actually believe that the queer community and drug consumption are synonymous in so-called ‘narco holes’”.

Kyiv is a thorn in the side of the Ukrainian far right. That is because it has special status for queer people in the region: there is an annual pride parade there, there are LGBTQ+ counselling centres as well as a vibrant queer party scene. “Those conditions are rather unique in the region”, Erik Jödicke told Belltower.News. Jödicke is a queer activist and national board member of Lambda, an organisation for LGBTQ+ youth in Germany. “The rural areas of Ukraine are conservative, but the occupied eastern part of the country has become a rights-free zone for LGBTQ+ people since it has been occupied by the rebels”.

Many queer Ukrainians flee torture and violence in the East for the capital. “But even beyond Ukraine, Kyiv has become a kind of safe haven, particularly for Russians and Chechens, who experience violence and discrimination in their home countries”, Jödicke explained. At least until now: the far-right attacks and attempts at intimidation are damaging the image of a cosmopolitan and progressive Kyiv.

This homophobic strategy also fits with the worldview of the Azov movement that Centuria is evidently a part of: although actual or perceived pro-Russian activists and politicians are the movement’s primary target, the LGBTQ+ community is also increasingly becoming its bogeyman. Other far-right groups in Ukraine, like Tradition and Order, which attacked the 2020 pride march, or the neo-Nazi paramilitary C14, whip up sentiment against pro-LGBTQ+ clubs. After the most recent attack on HVLV, well known neo-Nazis connected with Azov, including far-right MMA fighter Denis Nikitin (real name: Kapustin; see: Zaborona), celebrated on Telegram.

Centuria did not respond to an inquiry from Belltower.News. According to Ukrainian news outlet Hmarochos, the group claims it had nothing to do with the attack. They say their stickers went missing and may have been deliberately placed at the site.

Since the attack, the Kyiv club scene has been determined to keep going: Berlin’s Ecke Records asked on Instagram: “What was achieved? Nothing. We’re cleaning up here and starting the party”. On Monday 29 November, around 300 people gathered in Podil to take a stand against right wing violence. HVLV has started taking extra security measures. The windows will be fixed by next weekend. And the parties will go on. 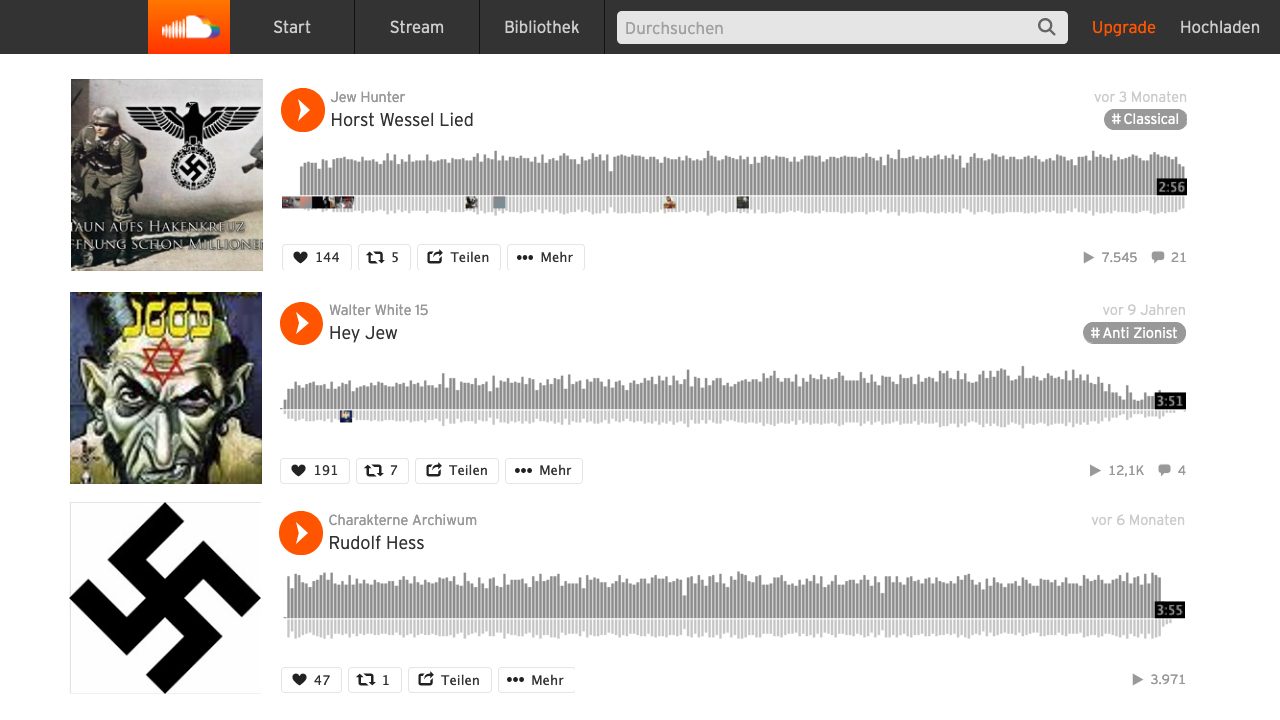