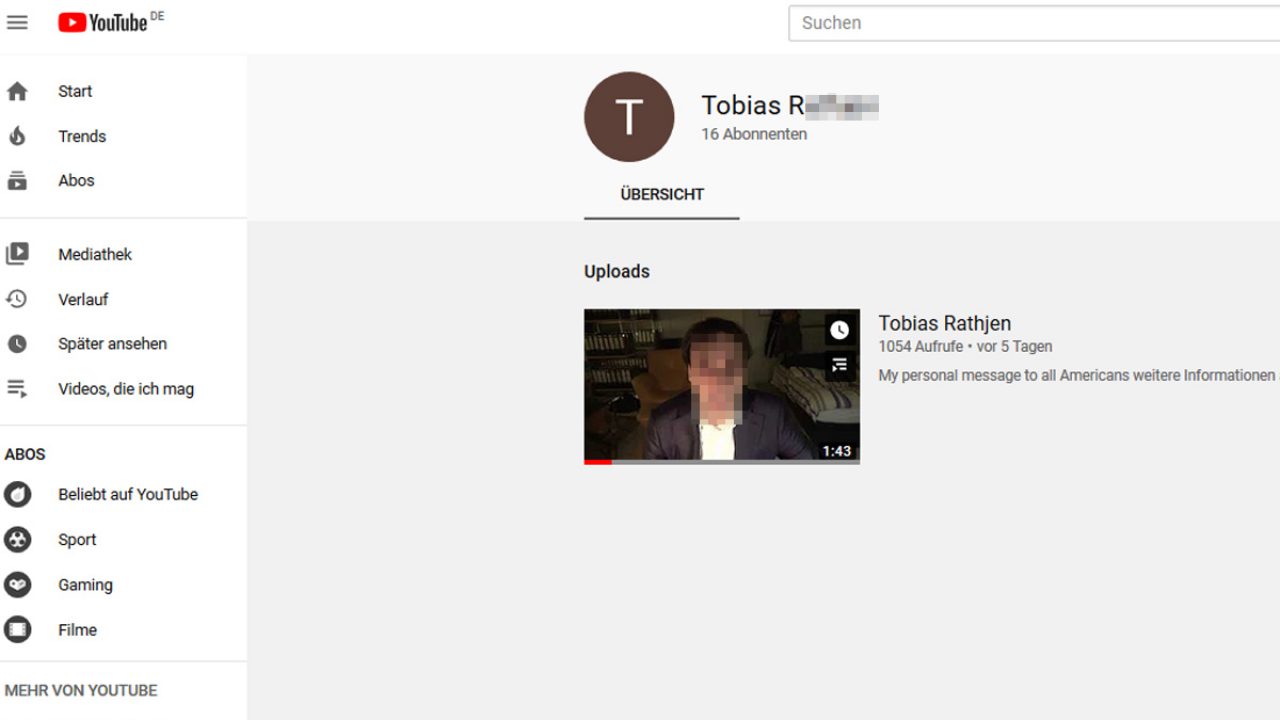 Around 10 p.m. on 19th February 2020, Tobias R. stormed into the „Midnight“ shisha bar in Hanau, Hesse, where he shot four people. Afterwards, he drove by car to Kesselstadt, a district of Hanau, where he entered the bar “Arena Bar & Café” and murdered five more people. According to the police, another four people were injured. After a large-scale search, the police found the attacker’s body in his apartment – along with the body of his 72-year-old mother whom he apparently shot before the crime. The perpetrator uploaded several videos online and left a “letter of confession.” The Hessian Minister of the Interior, Peter Beuth (CDU), has meanwhile confirmed a right-wing extremist motivation for the crime: “According to our current insights, there is indeed a xenophobic motive.” The Federal Attorney General in Karlsruhe has taken over the investigation. Interior Minister Beuth also said that the federal prosecutor’s office has “a strong suspicion of a terroristic act of violence.”

What Do We Know about the Victims?

According to the Federal Prosecutor General, R. shot nine people and injured several others, including one grave injury. Those who were killed ranged from 21 to 44 years old. Among them were people with and without German citizenship.

What Do We Know about the Perpetrator?

The perpetrator was known neither to the State Office for the Protection of the Constitution (“Verfassungsschutz”) nor to the police.

According to the responsible district authority, the suspected Hanau shooter obtained a gun license in 2013. According to Stern, a spokesman for the Main-Kinzig district in Gelnhausen confirmed that the first weapon was registered with it a year later. Two weapons were last listed on the sporting marskman’s gun licence. The license was checked in 2019.

Thus far, there is no information on any contact with the local right-wing extremist scene.

According to his own statements in his ‘manifesto’, he is 42 years old, completed a banking apprenticeship and studied business administration.

The Perpetrator on the Internet

According to current knowledge, Tobias R. most notably created a website and had a YouTube channel, where he left various written documents and videos that are indicative of his motivation. However, there was only one video on his YouTube channel at the time of the crime. At 9 a.m. on 20 February, the channel had only 9 subscribers, although it has since been blocked. On his website, illustrated with graphics of an eagle and a wolf, R. had uploaded four of his own videos – including the video hosted on his YouTube. He also included links to other YouTube videos and websites as recommendations: These were mostly conspiracy-ideological content, such as “Remote Viewing” (supposed training to increase “remote perception,” i.e. a paranormal ability to observe and experience events from afar), alien invasions, and stories of people allegedly kidnapped by intelligence agencies, but also videos of people reporting satanic-ritually motivated child abuse from which they have suffered. At the very least, this shows that he consumed such content on the internet, where his worldview could have been heavily influenced by conspiracy-ideological online communities, even if no conclusions can yet be drawn as to whether he was only radicalising himself on the internet.

Unlike the attacks by online right-wing terrorists in 2019, R. did not explicitly refer to previous attacks or pointed them out as inspiration.

On the Ideology and Motivation of the Attacker

Reading R.’s writings and watching his videos, two issues catch the eye: He has a closed right-wing extremist, racist, and conspiracy-ideological worldview – and evidently also psychological problems. One does not exclude the other (cf. BTN) but rather the components seem to reinforce each other. In this case, the paranoid apocalyptic rhetoric of right-wing extremism serves and fuels those kinds of delusional worldviews that are represented in R.’s writing and videos.

His main text, now referred to as a “manifesto”, which R. apparently wrote as a legacy with an eye toward his attack and death, was posted on the internet about a week ago. It is an illustrated “script” that is seemingly intended to be a template for a film adaptation of sorts – in the text, R. also repeatedly makes references to Hollywood films.

“Thus, I hold that the following peoples must be completely annihilated: Morocco, Algeria, Tunisia, Libya, Egypt, Israel, Syria, Jordan, Lebanon, the entire Saudi Peninsula, Turkey, Iraq, Iran, Kazakhstan, Turkmekistan, Uzbekistan, India, Pakistan, Afghanistan, Bangladesh, Vietnam, Laos, Cambodia, right up to the Philippines. And that would only be the rough cleaning.”

He also writes about Germany: “I can imagine halving the population” – because not all people with a German passport are “purebred.”

His racist hatred is justified with the most banal personal experiences that convinced him of the “bad behaviour of certain ethnic groups”. Muslims as enemy images are explicitly named. According to R., Islam makes no contribution to the advancement of the “peoples” and is only “destructive.”

Social Darwinist ideas are also present in the “manifesto,” as does the “race realism” variant of racism that is particularly popular in the USA: according to this notion, there are “races” and these have different genes, properties, and values (cf. BTN).

In the end R. says that this is a problem he has to solve. Since the “complete expulsion” of “ethnic groups” is not possible, they have to be “eliminated” – this must be done.

Since the whole text is permeated by fantasies or perceived omnipotence and R. relates larger parts of political world events directly to himself, R. evidently felt compelled to put his ideas into practice. In all his content,   among conspiracy ideologists. R. would like to be remembered as a “genius.”

The idea of homogeneous peoples permeates the whole ‘script’. As pejoratively as R. judges everything that he deems to be non-German, as much does he swoon over the “German people:” “Conversely, I got to know my own people as a country from which the best and most beautiful the world has to offer emerges.” Despite this, he is not satisfied with the current ‘people’ in Germany – since he holds that they allow migrants into Germany and are “too ignorant” or “too weak” to change this. (More on völkisch right-wing extremism).

There are also allusions to National Socialism in R.’s videos: One ends with the words “Truth sets you free” (allusion to “Work sets you free,” the cynical inscription at the gate of the Auschwitz concentration camp). In another video he uses the quote: “I do not think that the people who were laughing then are still laughing today”- a slight modification of a quote from Adolf Hitler, who said in a speech in July 1933: “On 30 January, the dice fell in Germany. And I don’t think that the opponents who were laughing then are still laughing today.”

R.’s entire script and videos are interspersed with conspiracy-ideological elements. He believes that secret organisations have been manipulating him since the day he was born, organisations that can read his mind and control world affairs accordingly, and demonstrate this with crude examples that are popular in conspiracy-ideological scenes (“that can’t be a coincidence.”)

Numerous conspiracy ideologies have anti-Semitic connotations and these facets and narratives are also used repeatedly in the script. As such, he describes the “secret organisation” supposedly controlling his thoughts in anti-Semitic ciphers – as part of a “shadow government” that is more powerful than the president of the United States: “These people are above the American president who, according to common parlance, is the most powerful man on this planet.” Humanity is “taken for an idiot by a very small so-called ‘elite’ who have secret knowledge that it intentionally withholds from the masses.”

There are also elements of obscure conspiracy myths and science fiction elements such as “time loops.”

He is convinced that his actions, as well as his thoughts, are monitored around the clock by a “secret organisation,” which also shapes world affairs according to his thoughts – as he tries to prove with examples from US-American politics, the DFB (German Football Association), and Hollywood.

Missing Women, But No Hatred of Women

In the script, R. also explicitly describes that he never had a girlfriend and that this had a “joy and performance inhibiting” effect in his life. But he also demanded high standards of women: “I wanted the best or nothing at all.” His description of women is objectivising and sexist, he wants to “take” them.

While these motifs are reminiscent of “incel” communities (BTN), the explicit hatred of women is missing. Instead, R. blames surveillance by the “secret organisation” for never having had a girlfriend.

Did the Perpetrator Seek Help?

Tobias R. mentions three times in the script that he tried to report his perceived total surveillance by the “secret organisation” to various police stations and to contact two public prosecutors’ offices. But he was never helped – not even in a parapsychological “remote viewing” institute in Austria. It shows the difficulty of recognising someone’s level of radicalisation and political activation when said person also suffers from a delusion of persecution.

The perpetrator’s script ends with a conflation of the various aspects: An act of violence is imperative “in order to obtain the necessary attention.” With his attack, he wanted to draw attention to the “secret organisation” – and to strike against “the degeneration of our people.”

A Crime Motivated by Right-wing Extremism

In the end, we should look at the crime itself. Tobias R. picks victims who fit the eliminatory racism of his script. Thus, political motivation predominates, regardless of how many other problems may surface in the case of the perpetrator. Right-wing extremist, anti-Muslim, and conspiracy-ideological narratives encouraged the perpetrator in his choice for the target of his hatred. This would not be conceivable without the spread of particular racist narratives on the internet and in society.

Reaction in the Alternative-Right Online Scene

As with previous attacks, the alternative-right online community alternates between admiration and defence. While postings revere the perpetrator as the “German version of the Christchurch attacker,” others tend to get defensive and argue that it was only a psychologically unstable “person running amok” and not a right-wing extremist. Others manage to combine the two attitudes and celebrate him as a “saint” despite his “schizophrenic” worldview.

The AfD (“Alternative for Germany” party) had initially adopted a “gang crime” motif and, until the following , spread the racist narrative of “Merkel is to blame because of immigration.” By now, party leaders refer to the act as a “hideous crime” and “horrific act of violence.” 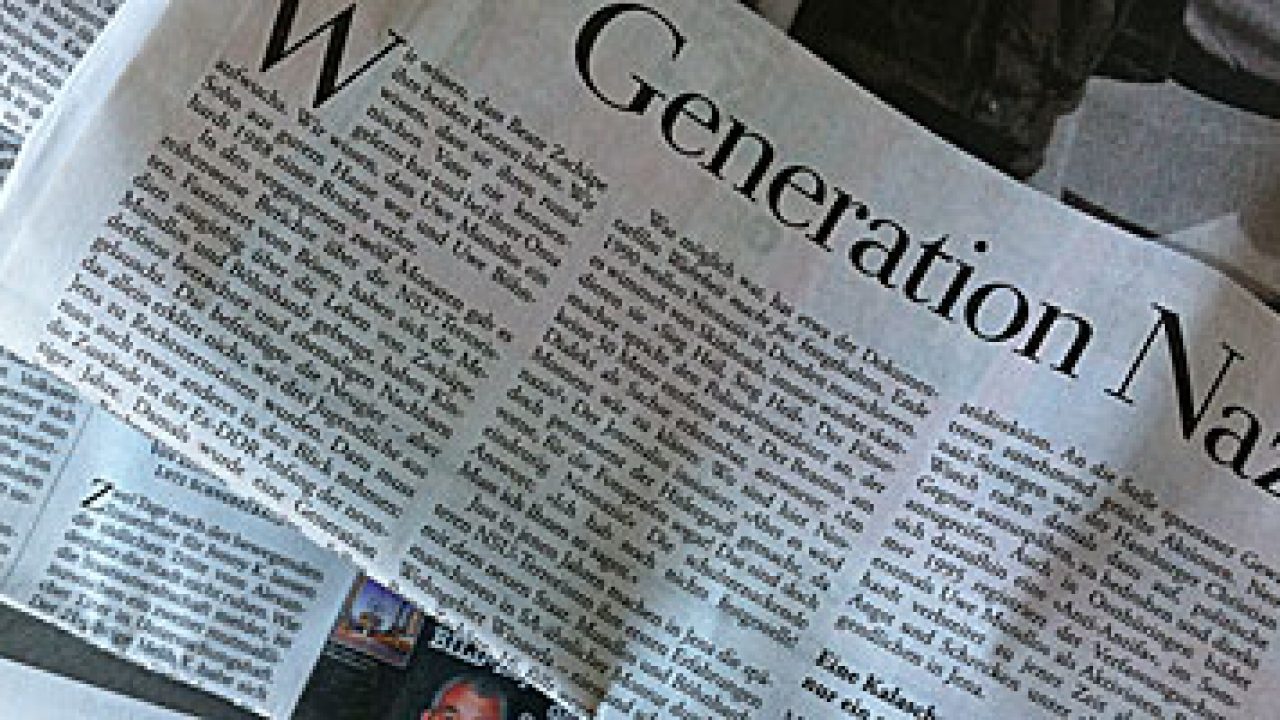 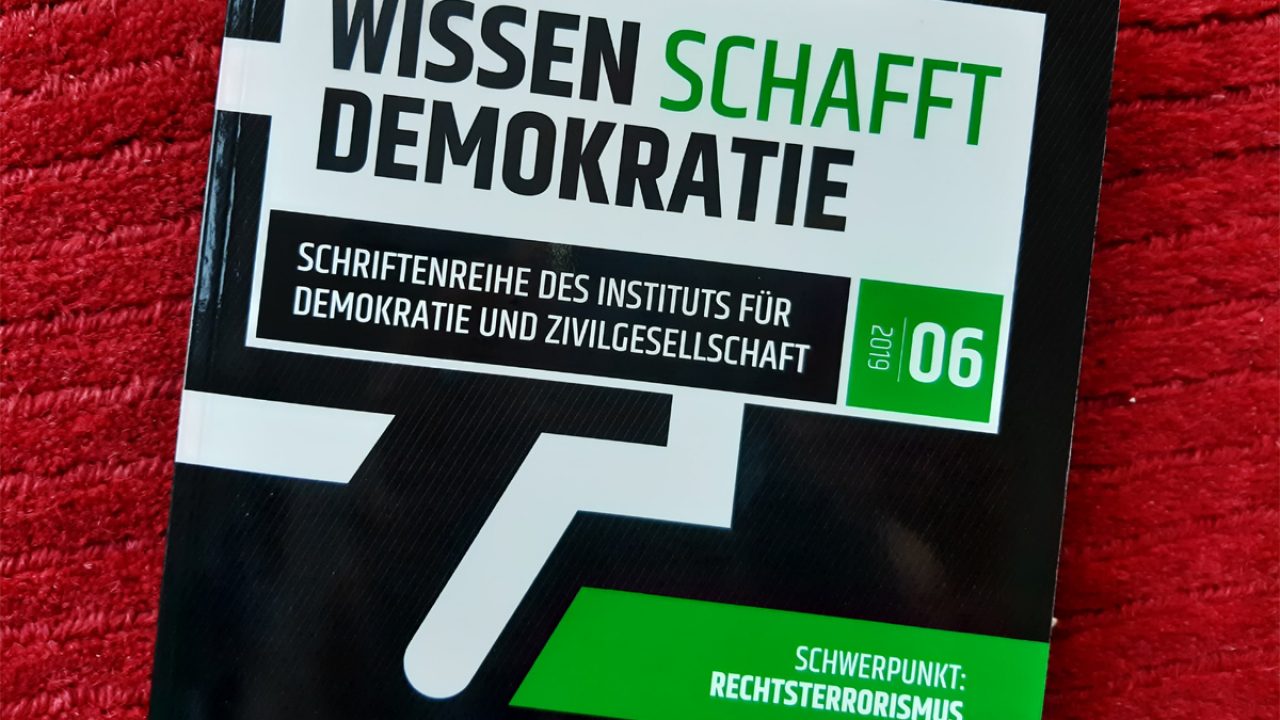