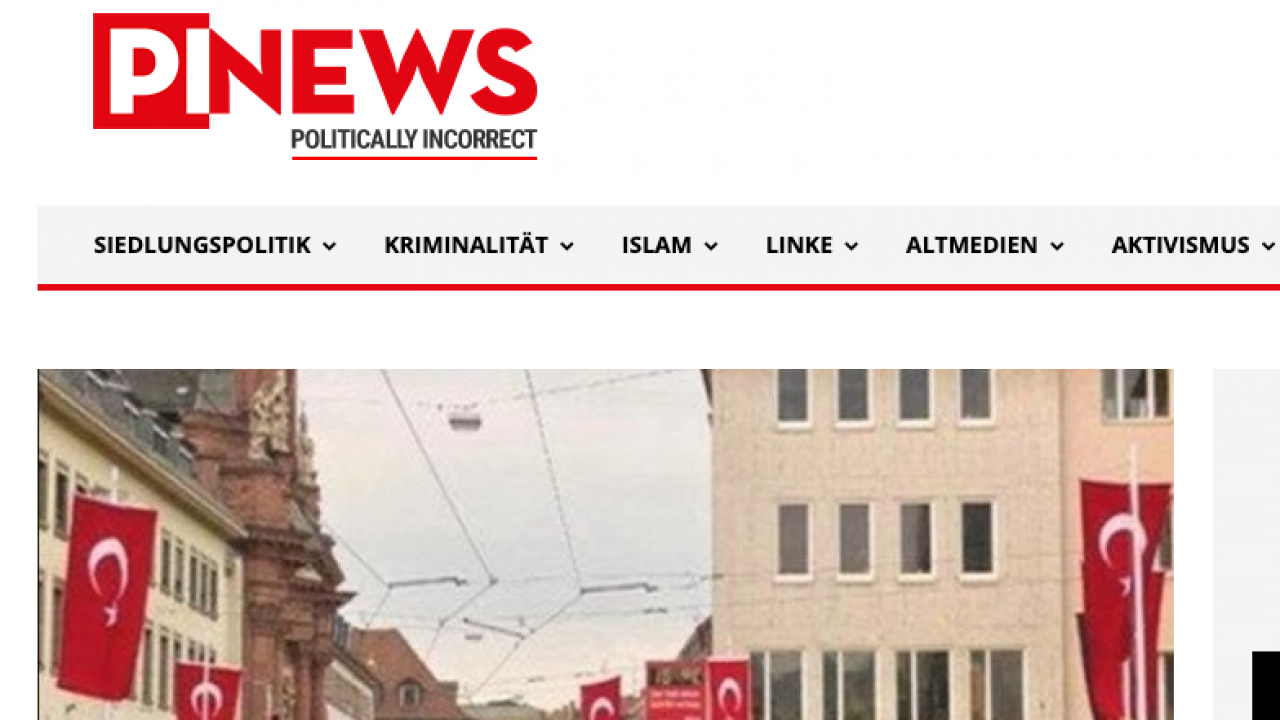 The blog site PI News is under observation by the Federal Office for the Protection of the Constitution. (Quelle: screenshot from the PI News homepage)

PI News was founded by Stefan Herre, a sports teacher and activist from North Rhine-Westphalia, in 2004. It was originally hosted under the domain name politicallyincorrect.de. According to Herre, the blog was a response to what he believe to be anti-American criticism of the policies of George W. Bush by the German media. From the outset, the website wore its pro-American and pro-Israeli stance on its sleeve. Its main point of focus from the moment it was launched was “Islam”. The site soon evolved into a key hub for extreme forms of “criticism of Islam”, or the propagation of hate toward Muslims – and it achieved its goal in that respect. The website continually appeared on annual lists ranking those sites with the greatest reach in Germany. The site continues to be popular today. According to SimilarWeb, a site that measures the popularity and traffic of various websites, PI News is one of the top 1,000 most-visited pages in Germany, receiving just under four million visits per month. This is despite not having a presence on social media – the only platform it uses is Telegram, with its eponymous channel attracting 2,500 subscribers to date. Not that PI News needs its own channels: its articles are shared in their thousands anyway.

The core focus of PI News has changed little since it was founded: its intention, from the early days through to the present, is to expose the “lies” of the mainstream press. In an interview with the Austrian newspaper Wiener Zeitung, Herre said: “I am not inciting hate. I am pointing out grievances that are inseparably linked to Islam, but which our media regularly does its best to keep under wraps.” Just three years later, in 2007, the PI News chief executive appeared to hand over the reins, with the Swiss pastor Christiane Dietrich briefly finding herself at the helm. It is unclear who is in charge of the website today. No name is stated in the legal notice, while the majority of the texts are written under a pseudonym.

The content on PI News tends to revolve around a single theme: hate. Hate toward Muslims, refugees, politicians and those who stand in opposition to racism and misanthropy. Many articles have a gleefully malicious tone to them, with references to “do-gooders”, the “puppet chancellor” Angela Merkel and “vaccine apartheid”. The categories on the website alone are a strong indicator of its intentions: “settlement policy”, “asylum insanity”, the “Islamisation” of Germany, “migrant violence”, “left-wing fascism”, the far-left paramilitary organisation “Roter Frontkämpferbund” and the “liar press” are just a few tags used on the site. Only one party is immune to criticism: Alternative for Germany (AfD). Other organisations on the far right end of the scale are mentioned in glowing terms, too, including the extreme right Identitarian movement and Pegida (Patriotic Europeans Against the Islamisation of the Occident). Live streams of demonstrations are regularly broadcast on the site. One of the primary authors of the blog, Michael Stürzenberger, appeared alongside Pegida at the demo in Dresden as well as in other cities. He went one step further at a demonstration in 2014 when he made reference to “Hooligans against Salafis” (HoGeSa), a neo-Nazi and hooligan group willing to use violence to achieve its goals and which had previously gone on a rampage in Cologne. In his speech Stürzenberger claimed that Salafis represented only the tip of the iceberg, and that all Muslims were waiting in the wings to overthrow democracy in Germany – as covered by a reporter in the newspaper Die Zeit.. Afterward, Stürzenberger held aloft a copy of the Quran and said “This is their manual”, while many of those in attendance chanted “burn it, burn it”. The author was the Federal Chairman of the right-wing populist and Islamophobic “German Freedom Party” and has a significant criminal record, having being previously convicted of libel and incitement to racial hatred. Born in Bavaria, Stürzenberger was a card-carrying member of the Christian Social Union (CSU) for a long time, even being appointed spokesman of the CSU’s Munich branch between 2003 and 2004 under Monika Hohlmeier, the daughter of former Minister President of Bavaria Franz Josef Strauß.

The violence propagated by PI News is no longer solely verbal in scope: it has been linked multiple times to acts of right-wing terrorism. After the arrest of Alexander M., the alleged author of the NSU 2.0 hate mails, it was made public that the accused was a member of the PI News community. Police investigators found similar terms and phrases to the ones in the hate mails in comments by one of the site’s users. Other posts found in a chess forum were composed in a similar way and featured the same profile photo that M. used in the PI News comments area. The authorities came into possession of the information about the accused via the operator of the chess forum. The comments area of PI News has been around for a long time now. For years users have been free to exchange racist and anti-Islamic messages. Politicians routinely receive the worst of the abuse. Just clicking on an article about a politicians in The Greens reveals a comments section awash with every form of abuse imaginable. Many of the commentators have been active for years and know each other.

Links to violence and terror are nothing new. When Marwa Ali El-Sherbini was murdered together with her unborn child in a Dresden courtroom July 2009, the PI News forum celebrated the heinous crime.. One comment reads as follows: “I don’t give a damn that this headscarf-wearing bitch was killed. And she was pregnant. That’s one less Muslim in the world”.

In October 2015, Kassel’s municipal-oversight president Walter Lübcke stated at a town meeting in Lohfelden that anyone unwilling to commit to democratic ideals “[may] leave this country at any time if they do not agree”. A video containing his speech surfaced on the Internet a short while later. This video was shared among extreme right-wing and right-wing populist circles time and again, including on PI News. The headline of its article was “Filed under betrayer of the nation”, and stated the office address and phone number of Lübcke. The comments below the article also listed his home address alongside incitements to violence and death threats. Walter Lübcke was murdered on 2 June 2019. The subsequent investigation found that the original video from Lohfelden was uploaded by Markus H., one of the co-defendants in the case. After the defendants were sentenced for their part in the murder, an article appeared on PI News with the headline “No sympathy and no tears for Walter Lübcke”. The article went on to state: “I will not mourn Walter Lübcke, I have no sympathy for him, I am not thinking of him, and many will continue to despise him.” The comments were rife with rancour and insults, and Lübcke continued to be the target of abuse.

PI News has no rules, no sense of responsibility and no dignity when it comes to other human beings. While its articles tend to present legal arguments, the comments sections are a cesspit of rage and all-out hatred. This symbiotic relationship between the website and its commentators causes misanthropy, abuse and abasement to bubble to the surface time and again. It is not surprising that such a toxic mixture leads to acts of violence that take place beyond the confines of the Internet. The Federal Office for the Protection of the Constitution has now realised this, too. At the end of April, the authorities confirmed that it had rated the site as “demonstrably extremist” and had it under observation. 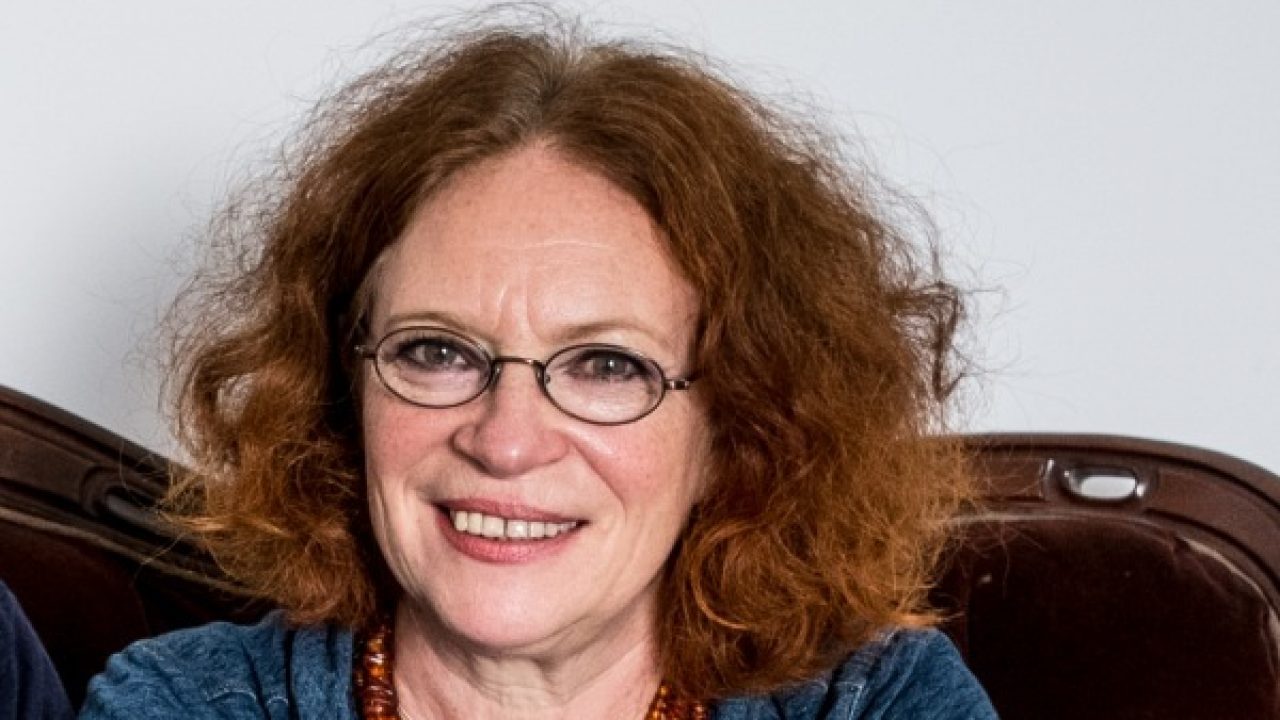 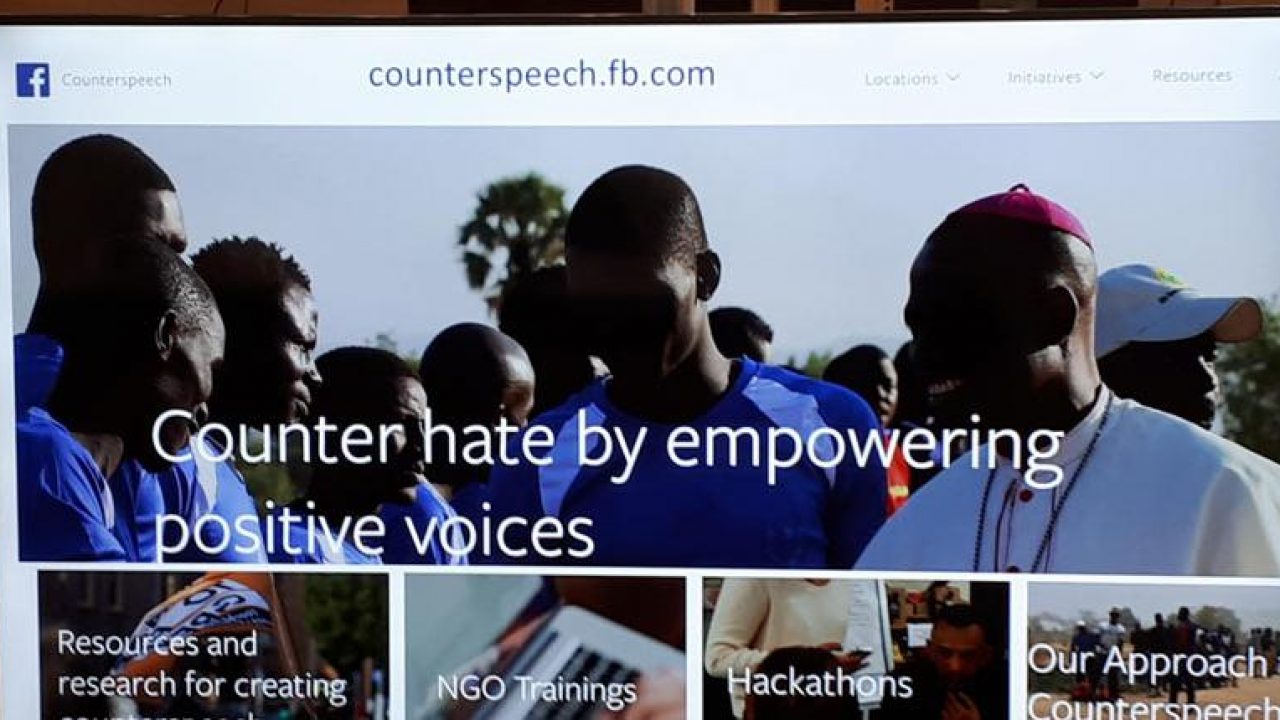